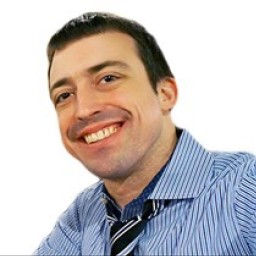 I’m sure you’ve encountered the guy at the bar maybe during spring break or something who is you know, just pounding beers back.

He’s eating chicken wings, you know, he’s got a beautiful tent perfect 10 in each arm, right?

And he spills chicken wings on his leg and then some lady looks it up or something, you get the idea, right? And you see those washboard abs? And you’re like, This shit is not fair.

This is I mean, because I used to be like this everyone that I know who’s overweight has definitely thought this at some point. And that’s why this is a powerful story.

Hopefully. Hopefully, this is a really powerful story for you to get in the right mindset for weight loss. So we’re saying earn the look, let’s let’s put on some, some beer here just to get in the mood for explanations.

All right, so this guy’s you know, looks amazing. He’s just ripped shredded as you can be. And he’s attractive to the ladies.

And it doesn’t even it doesn’t matter that is like the worst personality in the world because he looks like a god and that’s attractive, because we’re all animals, ultimately. So let’s Let’s look at this guy and like how he gets to be sold name.

So first off, maybe just maybe he’s a he’s doing a lot of drugs.

In either case, there are certain dangers and and prices to pay for doing these things.

But that’s probably not the reason most of the time. And we’ll talk about why in a second. So also, maybe this person has an eating disorder.

You know, his teeth are going to be bad. He’s probably going to get esophageal cancer eventually. You don’t want to be binging and purging in that time. stuff. Maybe he also maybe he’s anorexic. But if you don’t want an eating disorder, eating disorders are not worth getting lean over.

And remember that your weight is the sum of your surpluses and deficits over time. So this guy, what we’re observing right now, let’s say it’s right here. I mean, this is a massive energy surplus, but in order to be as lean as he is, right, this is what has to happen over time.

Okay, maybe he’s got a few surpluses up here.

But then, like most of the time, this is he’s he has an energy deficit, right. And if you The trend line, you know, he’s losing weight overall. Or maybe he’s maintaining, and this is just a spike. So like this would be losing weight.

And this would be just maintenance. Whoops, excuse me. See if we can pull that back up.

Looks like I had a problem, but you didn’t. Let’s see getting it back online.

think we’re good to go testing? Yes. Good. Okay, so he’s losing weight. And he might be at maintenance.

In fact, that’s probably where he’s at. He’s at maintenance. And it’s just this is one of those weird spikes, where it just kind of like, evens out that line, so you’re catching him at this point. Now, let’s look at just a couple examples of that. So for example, let’s say this person is ripped to shreds.

You’re like, Man, that guy looks like a bodybuilder. Guess what he probably is. You know, you might have just been on a stage competition. Then just for like nine months preparing for getting on stage and looking his absolute best.

And then after the competition, what happens? People go out to the bar and they drink and they binge.
And they do this for a couple weeks, and they gained 20 to 40 pounds. And then they don’t look so good anymore. And then they have to do that whole nine week cycle again to look freakin amazing. So you don’t see all the crap that’s going on behind the scenes.

So you’re just seeing this one little tiny snapshot in time. All right, so where does that leave us? Remember when we talked about the fixed versus growth mindsets, right?

We had some people are scared or threatened by other people’s success. So like when I used to curse out these people, I’d be like, oh, that lucky son of a bitch good genetics. Just person and hating this person and feeling you know, inferior myself. later on.
After I got lean, I was just like, hey, look, that guy over there. He’s pretty lean. I’m gonna go talk to him. And so I walk up you know, and, and get his attention. Just be friendly, whatever and be like, Hey, man, you’re really lean. I like good for you. And you’re like, Yeah, man, thanks a lot of really great is like what the hell do you do to get there?

And you know, we might go into a long tirade or something. But usually what I found is they’re like, well, I’ve been, I eat well, and most of the time, I mean, this is not normal. This is just one night out.

This is me partying, and I don’t party that much. Most of the time. I’m like, Okay, cool.

How long you been training?

Usually, guess what? They’ve been training for 10 or more years, like, it’s not uncommon to hear well, yeah, I’ve started active as a kid, you know, I started playing football, or soccer or something like that. I was active my entire childhood and I got into weight training or Olympic lifting or CrossFit or something like that.
And so yeah, I guess I’ve been training for about 25 years.

Oh, cool. So you know, you eat well, most of the time. This is just one of those weird nights out. And you’ve had these good habits in place. I mean, most of your life and you’re doing a lot of things, right.

So you kind of deserve to look how you do, right.

So that’s, that’s amazing. There’s no secret here. You can try doing the same if you really want. People. You know, a lot of the time if you’re overweight and you talk to these people, they’ll just walk with you. They’ll be like, you Yeah, just you know, I don’t it’s all day and they’re just being assholes.

You know, because a lot of people are assholes, especially a lot of really good looking people I found, you know, they get a boost out of feeling superior to others who don’t look as good as them. So you might get a good answer you might not.

But you know, if you’re feeling brave, and you want to, you want to pick some people’s brains, find somebody who’s really good looking and say, Hey, what do you do?

How’s your sleep, how’s your training, how’s your awareness, how’s your how’s your diet, these those are just a few places to start because you already have that stand up checklist memorized.

But you know, you’re seeing a tiny little snapshot in time and missing the bigger picture, which is that they have good habits in place. And they’re being consistent with those things.

So when I talked about earned the look, I used to have a system called earn your carbs moved away from that because a lot of people became afraid of carbs, which is it’s kind of a tragedy, but just earn the look. So if you want to be lean, be ready to do some hard work to be consistent over time.

And then eventually, you know, we’re going to get it so that the worst not so hard, so that you know you’re really not counting the minutes and stuff anymore.

What’s going to really help with that is the next video I hope, where we talk about enjoy achieving what others suffer to fail. sure you’re gonna love it and we’ll talk to you soon.

Yes, this is the same book on Amazon.com & Audible.com getting 5 star reviews like crazy. I wrote this to help YOU (and your loved ones) get & stay lean for life.

Get your free copy now (before Amazon gains exclusive rights):

Please log in again. The login page will open in a new tab. After logging in you can close it and return to this page.